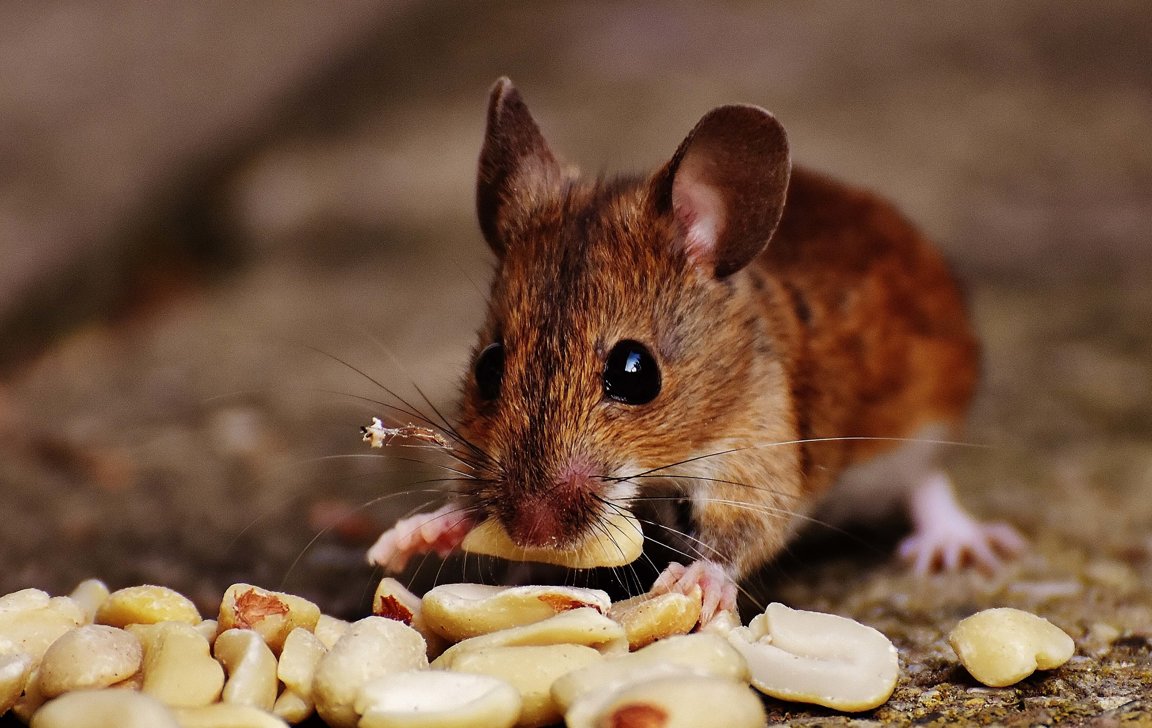 Glue traps are often used to catch mice, rats, sparrows and other small birds, and is thought by some to be a more humane method of catching small animals that are seen as pests. Glue traps, however, are an extremely cruel method of catching animals. If people understood the degree of cruelty associated with the use of glue traps, they would want no part of them.
A 1983 test that evaluated the effectiveness of glue traps found that trapped mice struggling to free themselves would pull out their own hair, exposing bare, raw areas of skin. The mice broke or even bit off their own legs, and the glue caused their eyes to become badly irritated and scarred. After three to five hours in the glue traps, the mice defecated and urinated heavily because of their severe stress and fear, and quickly became covered with their own excrement. Animals whose faces become stuck in the glue slowly suffocate, and all trapped animals are subject to starvation and dehydration. It takes anywhere from three to five days for the mouse to finally die. This is nothing less than torture.
If traps are needed to remove mice or rats, humane box-type traps are available from humane societies and hardware stores. These traps are a box-like plastic or cage-like metal with a spring-release trap door at one end that closes behind the animal once he or she enters the trap. The trap can then be taken outdoors where the animal can be released. Live, humane rodent traps are widely available, and have the added benefit of being reusable, while glue traps are not. The labor involved in using these is comparable to glue traps, as someone will always have to pick up the trap and discard it, or in the case of a humane trap, release the mouse outdoors.
You can then take measures to prevent mice from re-entering the building, as they surely will over time. Patch all holes larger than 1/4" in diameter, seal cracks in the walls and floor, and close gaps around plumbing, doors, windows. This should help to prevent the need to deal with the problem of removing mice again. If you need to do so in the future, you will have the humane traps at your disposal.
It is important to remember that though small and removed from our day-to-day world, mice and other small animals are mammals, with nervous systems and perceptions of pain that are similar to humans. There is no evidence that mice suffer any less than we do.
WHAT YOU CAN DO
Use only humane traps. Seal all holes in your home to prevent infestation. Educate others on the issue and ask local retailers to carry humane traps and not glue traps.