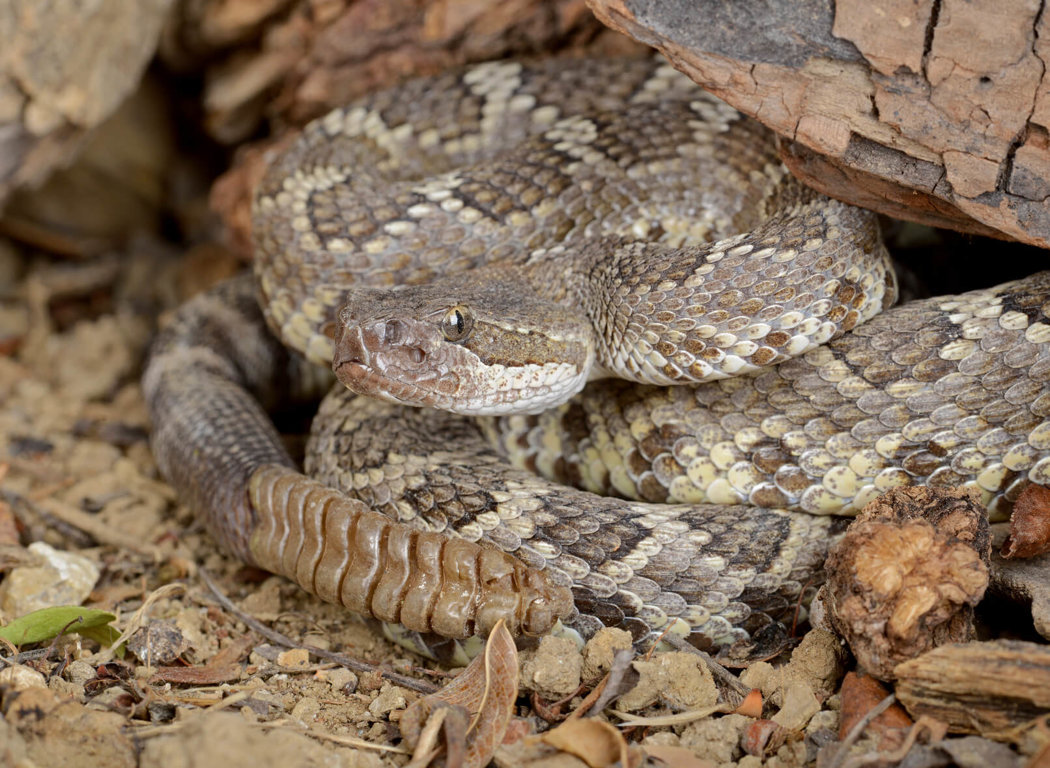 Rattlesnake roundups take place from January through July in Texas, Oklahoma, Kansas, New Mexico, Pennsylvania, Alabama and Georgia. Roundups started as a misguided attempt to rid areas of rattlesnakes, but they have evolved into commercial events that promote animal cruelty and environmentally damaging behavior. Thousands of rattlesnakes are captured and slaughtered, or mistreated in competitive events that violate the basic principles of wildlife management and humane treatment of animals.
No other wild animal in the United States is as extensively exploited and traded without regulation or oversight as the rattlesnake. Several species could become extinct just as we are beginning to understand their ecological importance. Rattlesnakes are important to their ecosystems. They prey on rodents, keeping the populations naturally in check so that the rodents do not cause crop damage or spread disease. Rattlesnakes are also important prey for raptors and other animals. Four species commonly found in roundups are the eastern diamondback rattlesnake, the western diamondback rattlesnake, the timber rattlesnake, and the western or prairie rattlesnake.
The timber rattlesnake is listed as endangered or threatened in several states, but no federal or international laws currently protect this species. The western diamondback rattlesnake, the eastern diamondback rattlesnake, and the western or prairie rattlesnake are not protected anywhere in their ranges, nor are they protected by any federal or international laws. We must act now to save remaining rattlesnake populations and gather the knowledge necessary for developing long-term conservation strategies.
Most rattlesnakes in roundups are driven out of their dens with gasoline, then stored without water or food in unhygienic conditions, and crammed tightly into containers for transport to and display at roundup events. Many snakes arrive at these events starved, dehydrated, or crushed to death. Those who survive may be used in public demonstrations and daredevil acts. The rattlesnakes are eventually decapitated, a cruel and inefficient method of slaughter for reptiles.
Rattlesnake collection methods are highly destructive to the habitats of rattlesnakes and other burrow dwellers such as gopher tortoises, indigo snakes, box turtles, coachwhip snakes, pine snakes, southern toads, and gopher frogs, along with burrowing owls, raccoons, opossums, and at least 32 species of invertebrates. The most popular collection method is to spray gasoline or other toxic chemicals into rattlesnake dens and resting places, which can render a burrow uninhabitable for years. Once introduced into the soil, gasoline could contaminate groundwater—the primary water source for many rural communities—thus poisoning wildlife, livestock and humans.
Roundups pose other threats to human health, too. Contrary to claims of organizers, roundups increase the number of snake-bite incidents in the host communities. This is due to collection activities and competitive events that bring humans with little or no experience into direct contact with rattlesnakes. The bites that result must be treated with antivenin, thereby depleting the local supply of antivenin available to treat bites that are genuinely accidental and unavoidable.
Another hazard is the snake meat sold at roundups for human consumption. Rattlesnakes at roundups are typically killed under unhygienic conditions, and their meat, often improperly prepared, may be contaminated with Salmonella or other bacteria.
The Centers for Disease Control and Prevention warns that the handling of live snakes can also spread Salmonella. The CDC recommends that people most at risk—including children under five and people with weakened immune systems—avoid all contact with snakes and any items they’ve touched, including clothing. For others, the CDC advises that contact with reptiles in public settings should be limited to designated animal contact areas where there are adequate hand-washing facilities and no food or drink is allowed. It instructs all individuals to wash their hands thoroughly after touching a snake, though it warns that hand washing alone may not be enough to prevent the spread of the bacteria. Unfortunately, at most rattlesnake roundups, proper hand washing facilities are sparse, even though the snakes are sometimes handled by small children.
Organizers often attempt to legitimize roundups by claiming that they provide a supply of venom for antivenin, but their venom collection methods may not meet the strict guidelines for antivenin production required by the U.S. Food and Drug Administration. Rather than add to the nation's supply of antivenin, roundups deplete it by encouraging behavior that leads to snake bites.
Many rattlesnake handlers and roundup organizers attempt to influence public perceptions about snakes with negative misinformation such as false bite statistics. Rattlesnake handlers typically promote their acts as "safety talks" or other sorts of public education. What the public actually sees, however, are demonstrations of extremely unsafe practices, which audience members may try later on their own. Permanent disfigurement or even death could result.
Roundups are a liability to the communities and corporations that sponsor them, as well as to the nonprofit organizations that benefit from them. Hosting communities, sponsoring corporations, and charities that accept proceeds from roundups unwittingly lend these cruel and ecologically unsound events undue credibility. Communities place themselves at financial risk because they may have to cover the cost of medical care for uninsured visitors who may be bitten; they may also face lawsuits or increased criminal activity as unintended outcomes of hosting roundups.