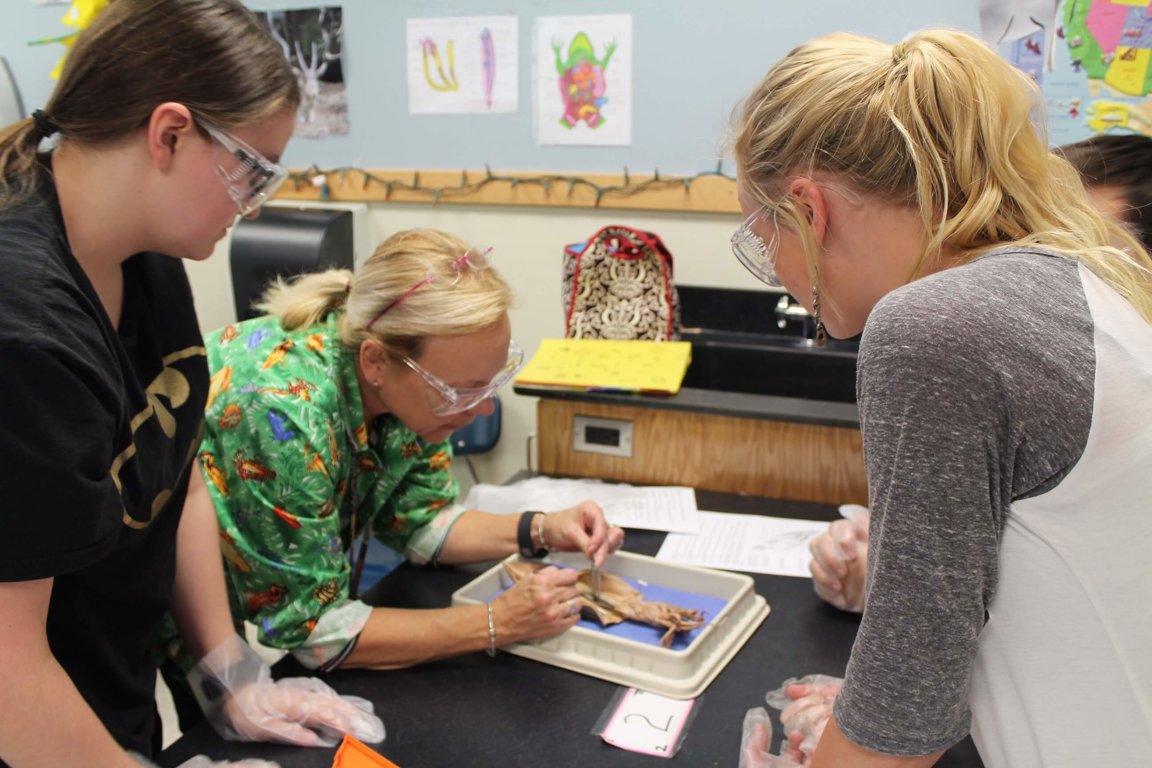 Dissection is the practice of cutting into and studying animals. Every year, 5.7 million animals are used in secondary and college science classes.  Each animal sliced open and discarded represents not only a life lost, but also just a small part of a trail of animal abuse and environmental havoc.
Frogs are the most commonly dissected animals below the university level. Other species include cats, mice, rats, worms, dogs, rabbits, fetal pigs and fishes. The animals may come from breeding facilities which cater to institutions and businesses that use animals in experiments; they may have been caught in the wild; or they could be stolen or abandoned companion animals. Slaughterhouses and pet stores also sell animals and animal parts to biological supply houses.
Frogs are captured in the wild to stock breeding ponds because populations die out if not replenished. A completely independent frog colony has never survived long without the introduction of "outside" frogs. In their natural habitat, frogs consume large numbers of insects responsible for crop destruction and the spread of disease. In the years preceding India's ban on the frog trade, that country was earning $10 million a year from frog exports, but spending $100 million to import chemical pesticides to fight insect infestations. In addition, economic losses in agricultural produce were heavy. Today, Bangladesh is the main Asian market for frogs, and in the United States, scientists have noted severe declines in frog and toad populations that they blame on the capture of these animals for food and experiments, as well as on causes of general environmental decline such as the use of pesticides and habitat destruction.
Classroom dissection desensitizes students to the sanctity of life and can encourage students to harm animals elsewhere, perhaps in their own backyard. In fact, serial killer Jeffrey Dahmer attributed his fascination with murder and mutilation to classroom dissections.
Students with little or no interest in pursuing a career in science certainly don't need to see actual organs to understand basic physiology, and students who are planning on pursuing a career in biology or medicine would do better to study humans in a controlled, supervised setting, or to study human cadavers or some of the sophisticated alternatives, such as computer models. Those who are rightfully disturbed by the prospect of cutting up animals will be too preoccupied by their concerns to learn anything of value during the dissection.
More and more students are taking a stand against dissection before it happens in their classes, from the elementary school level on up to veterinary and medical school. In 1987, Jenifer Graham objected to dissection and was threatened with a lower grade. Jenifer went to court to plead her case and later testified before the California legislature, which responded by passing a law giving students in the state the right not to dissect. Jenifer's mother and the National Anti-Vivisection Society have set up a hotline for students who want to avoid dissection. Since Jenifer's case, thousands of students have opted to study biology in humane ways, and many schools have accepted the students' right to violence-free education.
Students and teachers may choose from a wide range of sophisticated alternatives to dissection. The typical science "lab" at many schools now emphasizes computers rather than animal cadavers. Computer programs can be used as either a lesson or a test. Many books also offer humane science lessons.
WHAT YOU CAN DO
Whether you are a student, a parent, or a concerned taxpayer, you can act to end dissection in your town's school system.
If you are expected to perform or observe a dissection, talk to your teacher as early as possible about alternative projects.
If there is an animal rights group at your school or in your community, ask them to help.
Parents can urge their local Parent-Teacher Association to ask the area superintendent of schools or school board to consider a proposal to ban dissections in public schools or at least give all students the option of doing a non-animal project.
It may help to collect signatures on a petition and to present the school board with information on the cruelty and environmental destruction caused by animal dissection and on readily available alternatives.