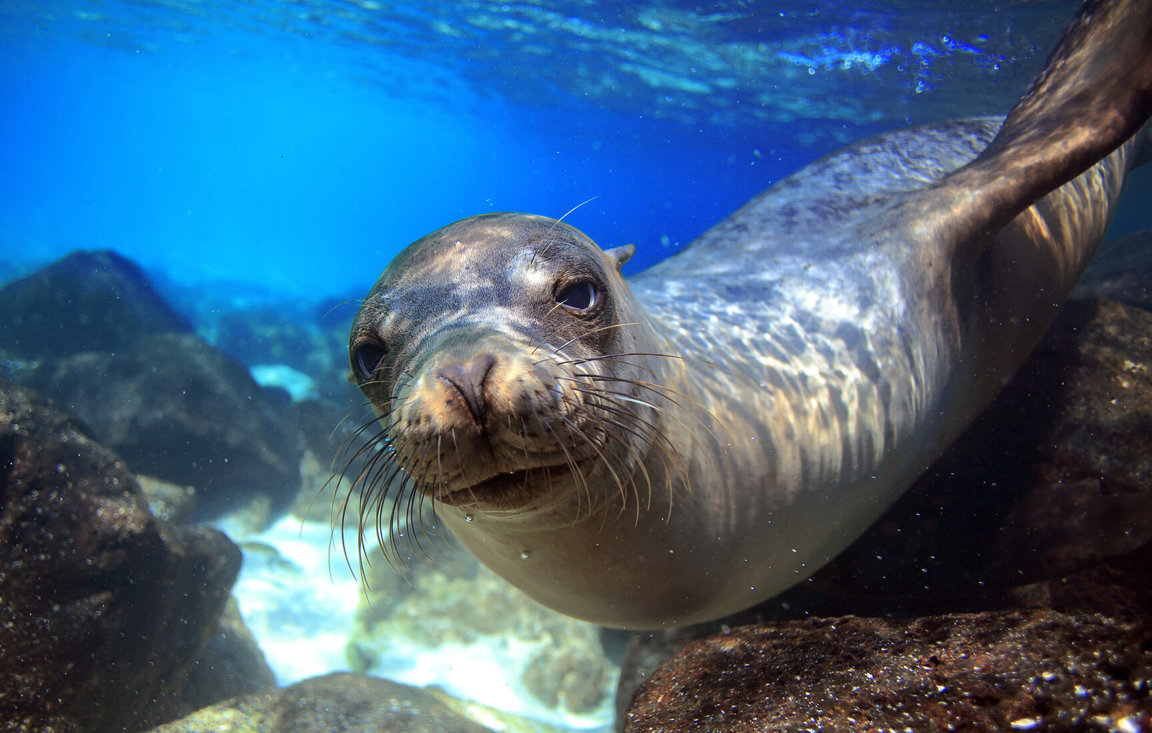 Each year thousands of seals are killed in Canada. The seals suffer painful and lingering deaths. The weapon used is a club, the brutal hakapik. Sometimes the seals are skinned alive. Sealers often use sharpened steel hooks to drag the creatures on board their vessels. Seal-clubbing is justified by the Canadian government because its victims are adversely affecting the profits of the Newfoundland fishing industry.
A harp seal can be legally killed as soon as it has begun to moult its white hair, around 2 weeks after birth. Adult seals are also killed. The seal hunt is one of the very few hunts that occurs in the spring when young are being born. As a result, roughly 80% of the seals killed in the commercial hunt are 'young of the year' - between approximately 12 days and 1 year old.
Younger seals (ragged jackets and beaters) are usually killed on the ice with clubs or hakapiks (a device resembling a heavy ice-pick). Later in the season, beaters and older seals are usually shot with a rifle, both on the ice and in the water. It is also legal to use a shotgun firing slugs. It is illegal to deliberately capture seals using nets, although seals are often caught incidentally in nets set for other fisheries.
Six species of seals -- including the harp, hooded, grey, ringed, bearded and harbour -- are found off the Atlantic coast of Canada. Harp and hooded seals are the two most common species hunted commercially.
Although harp seals make up 95% of the commercial hunt, they are not the only seals hunted in Atlantic Canada: there is also a quota for 10,000 hooded seals, and in recent years small numbers of grey seals have been hunted for commercial use. In addition to the commercial hunts, seals of all species are taken for subsistence purposes in Labrador and the Canadian Arctic, and harp and hooded seals may be killed for personal use by residents of sealing regions. The seal hunt quota was introduced in 1971.
The majority of seal pelts are still exported to Norway for processing. The seal pelts are either used for furs or leather. A small amount of seal meat, particularly the flippers, is consumed locally by Newfoundlanders, and some claim it to have an aphrodisiac effect. Seal penises are shipped to Asian markets and can sell for upwards of $500 US each. Penises are often dried and consumed in capsule form or in a tonic.
Seal hunting is inhumane. Groups have campaigned on the issue for years and their evidence shows all the horror of the hunt -- dragging conscious seal pups across the ice with sharpened boat hooks, stockpiling of dead and dying animals, beating and stomping seals, and skinning seals alive. In 2002, an international team of veterinary experts attended the hunt. They observed sealers at work from the air and from the ground, and performed post-mortems on 73 seal carcasses.
Their study concluded that:
79% of the sealers did not check to see if an animal was dead before skinning it.
In 40% of the kills, a sealer had to strike the seal a second time, presumably because it was still conscious after the first blow or shot.
Up to 42% of the seals they examined were likely skinned alive.
Many people remember the worldwide protest that arose in the 1970s over Canada’s killing of whitecoat seal pups (under two weeks old). The massive protest, with international campaigning against the Canadian seal hunt during the 70s & 80s, led to the European Union ban on the importation of whitecoat pelts in 1983, and eventually to the Canadian government banning large-vessel commercial whitecoat hunting in 1987.
Canada's cod fishery collapsed in the early 90s, and some in Canada blamed the seals, despite the fact that the greatest cause was clearly decades of over-fishing by humans. The collapse of fisheries around Newfoundland, due to mismanagement, is a major driver in the expansion of the seal hunt.
Although the Canadian seal hunt is the largest in the world and has the highest profile internationally, sealing is also carried out in a number of other countries across the world including Greenland, Namibia, Russia, Norway and Sweden.