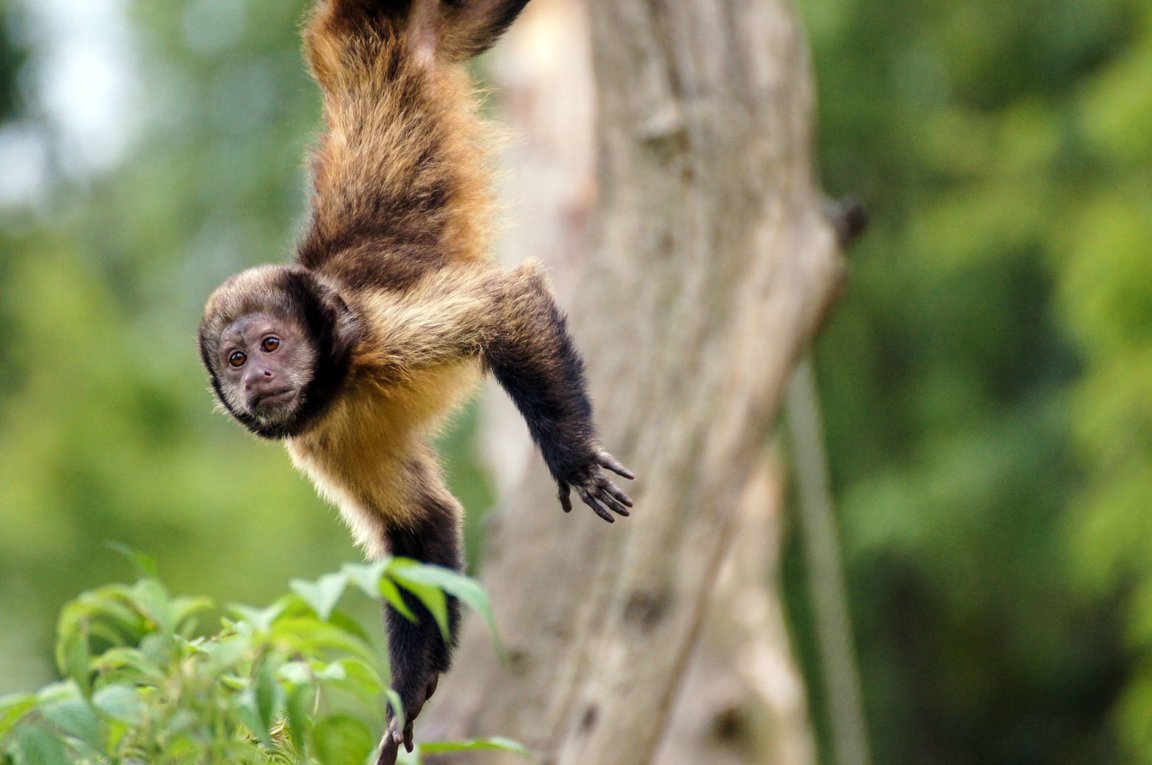 As the population of the world grows, more mouths to feed means more land needed for agriculture. Where will the land come from? From the denudation of forests, of course.

Rather than focusing on sustainable forms of vegetable farming, the modern farming industry continues to promote animal agribusiness. Raising animals for food results in massive amounts of forest destruction. It takes 12 times as much land, 13 times more fuel and 15 times more water to make a pound of animal protein than to make a pound of plant protein.

Subsistence agriculture is farming carried out with the sole aim of feeding the farmer and his family. Nearly half of the world's deforestation has been a result of subsistence farming. But commercial agriculture is now responsible for another third of the planet's deforestation, with one more acre of land cleared every second.

Up to the year 1947, nearly 6.2 million square miles of tropical forest covered the earth. Only 3.2 square miles remain now. Tropical forests hold 80% of the world's biodiversity. With the destruction of forests, entire ecosystem – in which millions of species of animals and organisms once thrived – are being eliminated.

Seventy percent of the Earth's plant and animals dwell in forests, and deforestation affects them directly. Once their habitat is lost, they are on their way to extinction. According to recent estimates, the world is losing 137 species of plants, animals and insects every day to deforestation. A horrifying 50,000 species become extinct each year.

Of the world's 3.2 million square miles of the planet's rain forests, 2.1 are in the Amazon alone. But much of these forests are vanishing at an alarming rate. The Brazilian Government's incentive to the meat and leather trades in the early 1990's led to massive deforestation between the years 1991 and 2004. During this time, jungles cleared in the Amazon for this purpose alone accounted for an astonishing 15 percent of the world's tropical forest cover. Three decades of continued deforestation have resulted in the complete extinction of 10 mammal, 20 bird, and 8 amphibian species. Another 20 percent of the species that still survive will slowly perish from the loss of habitat.

And it's not just the Amazon. 90 percent of eastern tropical jungles of Madagascar have vanished over the century and endanger the survival of the lemurs – those exotic creatures so unique to this island nation. In Haiti, what remains is a pitiable 1 percent of the original forest acreage. Countries like Indonesia, India, the Philippines, Thailand, Burma, Malaysia, Bangladesh, China, Sri Lanka, Laos, Nigeria, Kenya, Rwanda, the Democratic Republic of the Congo, Liberia, Guinea, Ghana Ivory Coast, Mexico, Guatemala and Honduras have lost between 30 to 50 percent of their forest cover within a century. In the United States, 260 million acres of forests have already been lost.

Below is a list of just some of the creatures that may soon be extinct due to massive deforestation.

Mountain Gorilla: The Mountain Gorilla is a critically endangered animal found primarily in the mountains of Rwanda in Central Africa. They captured the public imagination after the screening of the 1981 movie "Gorillas in the Mist". Only about 900 of this species remain today.

The Javan Rhinoceros: This animal is one of the rarest on earth and is listed as 'critically endangered' by the The International Union for Conservation of Nature and Natural Resources (IUCN). There are just 60 of these animals surviving in Ujung Kulon National Park in Java, Indonesia.

The Bornean Orangutan: Illegal logging, a rampant palm-oil industry, and forest fires have taken a toll on one of the most intelligent species in the world. It is on the critically endangered list of the IUCN.

The Giant Panda: Ecological changes have accounted for the numbers of this lovable creature plummeting in a habitat in the Sichuan province of China.

The Golden Lion Tamarin: This tiny animal of the Amazon forest has seen its habitat evaporate in the face of extensive soy farming and timber-felling, which is why it finds itself in the IUCN's critically endangered list.

Organizations have endeavored to protect the forests of the world and its denizens for the past 50 years. Bill will it be enough? Forests now cover only 31 percent of the planet's surface. Unless drastic measures are taken to protect them from further denudation, that number will reduce to 10 percent by the year 2030. With so little forest cover, what the effect on the environment and wildlife will be is hard to imagine.