Winners & Loosers In The Arctic 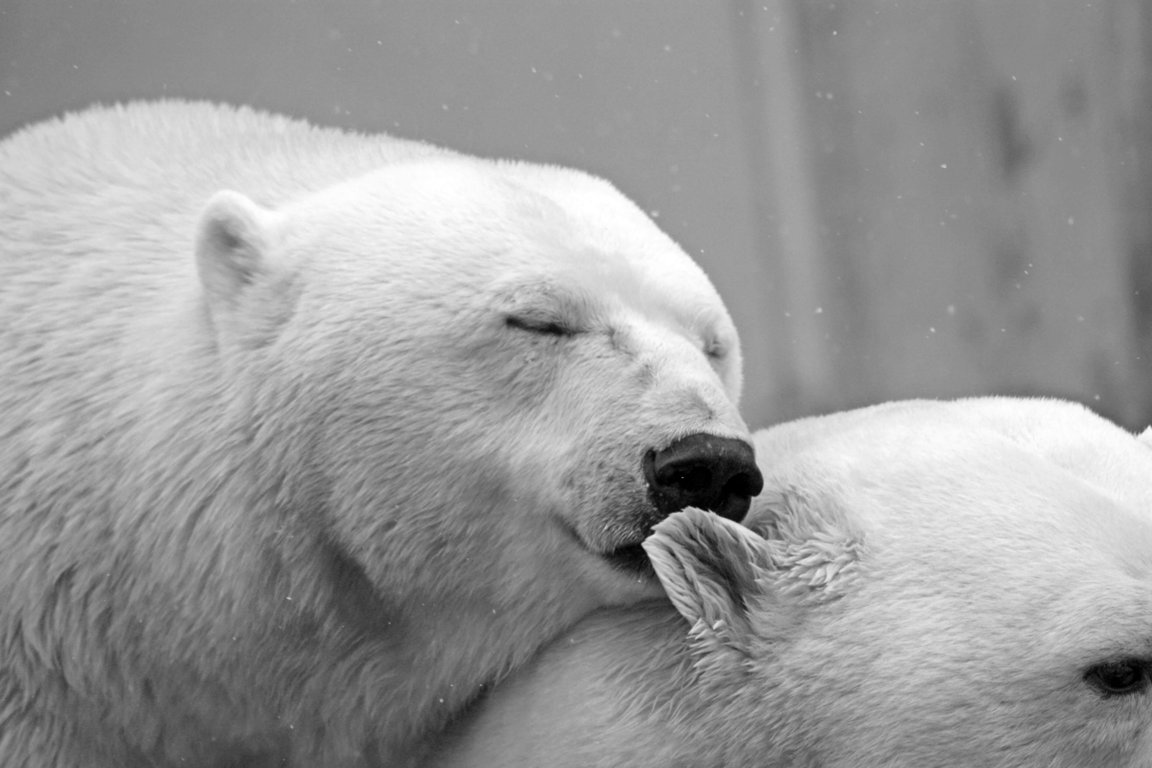 If you're a Bowhead whale and you spend summers in the Arctic—congratulations! Life is good. Your food supply is growing and your waters are warming. Your summer "vacation" lasts a few weeks longer now than it used to (say, back in 1980). That's because there isn't as much sea ice and it doesn't form as early in the fall as it used to.
The sea ice is thinner, too. That's why there's more food for you. The tiny plants you eat, called phytoplankton, grow in the top layer of the ocean. Like all plants, they need sunlight to grow. Since there's less ice, the sunlight can shine through the water better. So, more phytoplankton for you.
Also, you are discovering some of your long-lost relatives. Bowhead whales who live on the Atlantic Ocean side of the Arctic are meeting up with Bowhead whales who live on the Pacific side of the Arctic. You guys have been separated by Arctic ice for eons, but now that a lot of it is melted, you are free to mingle.
You, dear whales, are definitely winners in the warming of the Arctic. But, alas, where there are winners, there are often losers.
Condolences to the polar bears, though. You guys are having a tough time of it with the shrinking ice. Where are you supposed to sit while you eat the meal you have caught in the water? Where can you rest if all the ice chunks are melted? After all, you are not fish that can just live in the water all the time. You are not whales either. You need sea ice to get around, to hunt, to find a mate and, in some areas, to make a den and have cubs.
Of 19 groups of Arctic polar bears, seven are losing members. Scientists don't have enough data yet on several of these groups. However, at the rate the Arctic ice is melting, it's likely that the polar bears will continue to struggle.
Why do we talk so much about the Arctic?
While the overall temperature of Earth is rising, temperatures in the Arctic are rising 2 to 3 times faster than temperatures farther south. This situation is called "Arctic amplification."
Why does this happen?
As you may know, light colors reflect more sunlight than dark colors. That's why people are more comfortable in light-colored clothing in the summer. In the same way, sea ice reflects more sunlight than does the darker ocean. As the sea ice melts, there's less "white" to reflect the sunlight and more "dark" to absorb it. So the ocean gets a little warmer. And more sea ice melts, and the darker water absorbs even more sunlight and heat.
And so it goes, in what scientists call a positive feedback loop, or "vicious circle."
What other living things will be winners or losers in the Arctic?
Scientists are keeping a close watch on conditions in the Arctic. It is a clear indicator of how rapidly Earth's climate is changing.