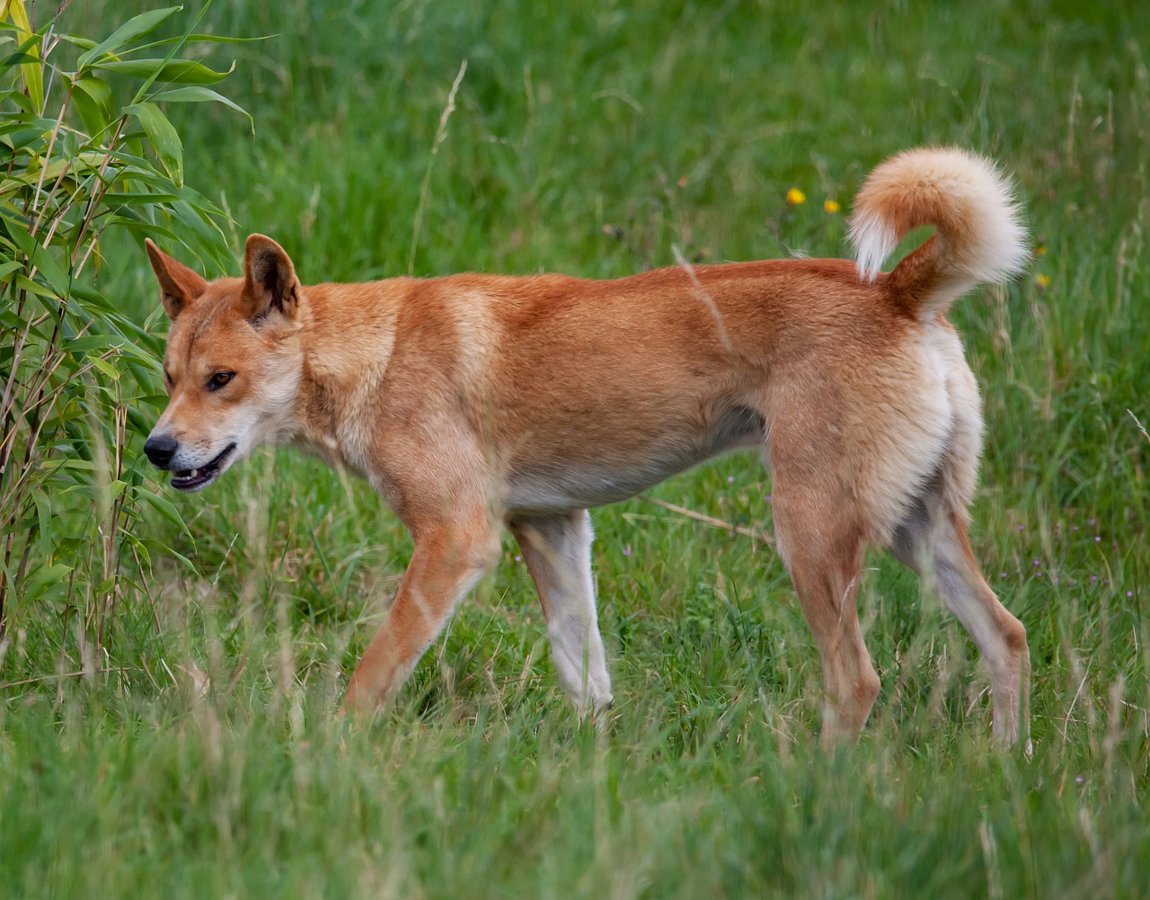 The dingo is a medium-sized canine inhabiting the Australian continent and Southeast Asia. The dingo is believed to have been a domesticated dog that returned to the wild thousands of years ago.
The dingo lives in a variety of habitats on the Australian mainland and surrounding islands in forests, rainforests, shrublands and the outskirts of deserts. The dingo is also found throughout Southeast Asia in natural forests in Indonesia, Malaysia, Philippines, Papau New Guinea, Burma, Thailand and southern China.
The dingo is not a dog. Dingoes are semi-domesticated but are more wolf-like than dog-like. The dingo may have once been domesticated by humans, but was abandoned and reverted to a wild state. It is thought that travelers from Southeast Asia or Indonesia brought the dingo to Australia about 4000 years ago. Abandoned by humans, the dingo regained its wolfish instincts. Some dingoes interacted with Australian Aboriginal tribes, but they were not kept as pets.
Varied Australia climates helped to develop the dingo into different types. The Desert dingo has a compact body size and is a golden yellow, reddish or sand color. The Alpine dingo has a light cream coat is very rare in the wild. The Northern dingo does not have the double coat like the Desert dingo and Alpine dingo, and possess a finer stature.
The dingo is the largest predator on the Australian continent, an apex predator, playing a vital role in the varied ecosystems of Australia. The dingo is considered an important part of the native Australian fauna, as the dingo lived on the continent before the arrival of Europeans and a mutual adaptation of dingoes and the surrounding ecosystems occurred.
The dingo lives in a pack of about 10 dingo individuals. Some dingoes are nocturnal, active at night. Other dingoes are active during the daytime. Dingoes travel together and hunt together and are lead by a dominant female dingo and a dominant male dingo. Members of the pack care for the dominant female’s young.
The dingo has unique wrists, capable of rotation like human wrists. This amazing ability for a canine enables the dingo to use its paws like human hands. Dingoes have larger canine teeth than domestic dogs. They have permanently erect ears. Dingo limbs are double-jointed and their necks can turn 180 degrees. Dingoes are also exceptional runners, climbers and jumpers. The dingo does not bark, but howls like a wolf.
The dingo eats a mostly carnivorous diet. The dingo diet is similar to other pack-canines such as wolves. Dingoes hunt small reptiles, amphibians, birds, insects and mammals, including wallabys and kangaroos. They also eat fruit, grains and nuts.
Dingoes breed once a year, usually before August in the south of Australia and after August in the north of Australia. Following a gestation period of about 2 months, female dingoes give birth to a litter of 1 to 10 babies. The pups are blind when first born. Dingo pups leave their mother's den when they are about 8 weeks old. At 3 years old they find a mate and often mate for life.
Because dingoes are large animals and have a dominant nature, the dingo has no predators in its natural environment with the exceptions of humans and occasionally crocodiles.
THREATS TO DINGOES
Dingoes are threatened by persecution by humans, habitat loss and domestic dogs.
Despite being considered a native animal under Federal law, Individual State laws consider the dingo a pest to be controlled. Control methods of the dingo include shooting, poison baiting and trapping. While the dingo is often accused of preying on sheep, analysis of the stomach contents of dingoes has shown that sheep are not a significant part of the dingo diet.
Humans continue to move further into the dingo habitat, creating habitat loss and reducing the buffer zone between dingoes and domestic dogs. This increases the interactions between dingoes, established wild dogs and roaming domestic dogs. Dingoes breed with domestic dogs and produce hybrid animals. Their pure genetic strain is being compromised. Over a third of southeastern Australia's dingoes are now hybrids.