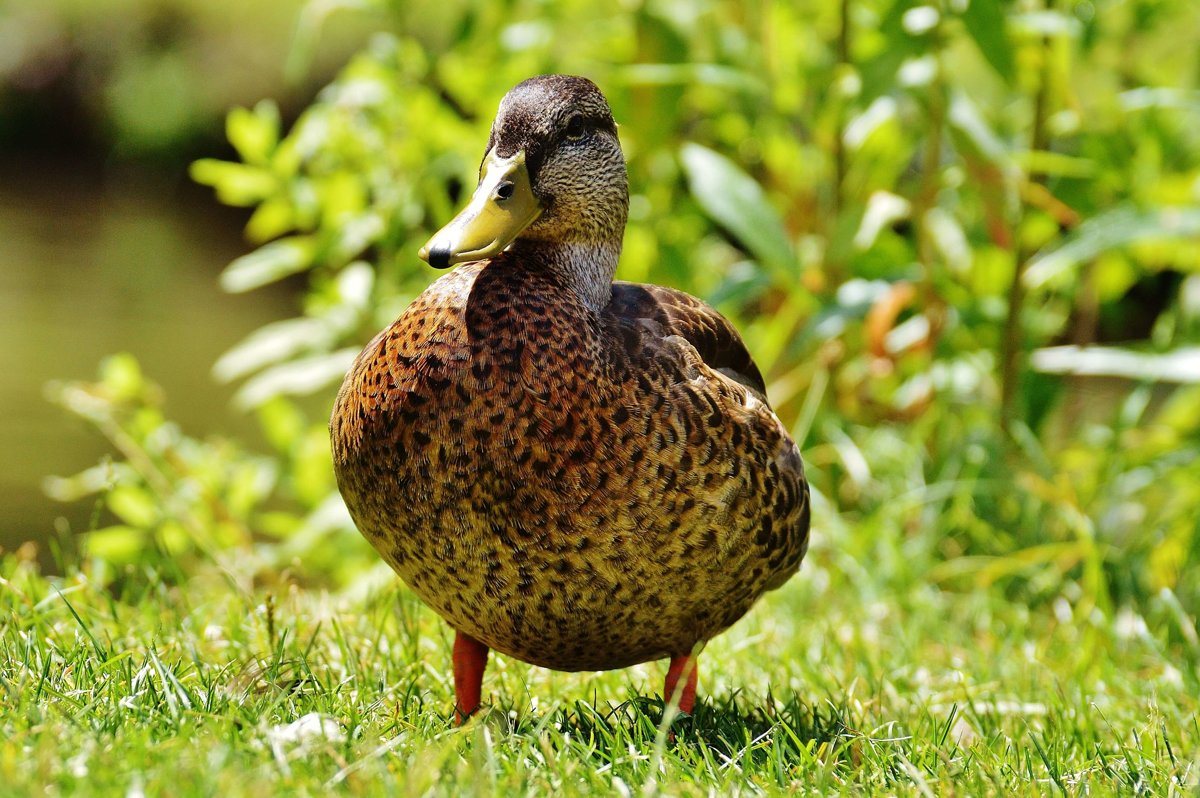 The prairie grasslands ecoregion is often referred to as a “duck factory” because it produces roughly 50% of America’s ducks even though it occupies only about 10% of total duck breeding territory. Duck species such as northern pintails and mallards form mating pairs and breed in the scattered wetlands of this region.
Ducks seem to prefer the smaller wetlands because the isolated ponds allow each pair to have its own space. In fact, ducks already inhabiting a small pond may chase away other ducks in order to protect their territory.
Mallards, pintails, and blue-winged teals are all dabbling ducks, which means they feed in the shallow wetland waters by dipping their heads just below the water surface to eat plants, insects, and small fish. Diving ducks, like the redhead, dive into the deep water to feed on the bottom of the pond.
Ducks often prefer to nest near the wetlands and ponds of the prairie grasslands region in order to feed on the plentiful resources available there. They also prefer this area because the tall grass habitat provides protection from predators.
Agriculture and other activities have decreased the total amount of grassland in the prairie grasslands region, and scientists have found that as the grassland diminishes and the habitat becomes fragmented, predators destroy more duck nests. Part of the reason for this increase in predation is that predators such as foxes and crows are better able to see nests in less grassy and more fragmented areas.
The number of ducks that breed successfully in the prairie grasslands region depends on the wetland conditions that year. In the past, lower duck populations have resulted from unusually dry years with fewer wetland areas.
Wetlands in the prairie grassland region are likely to be affected by forecasted changes in climate, but the magnitude of the impact is uncertain. Scientists initiated a study to examine how prairie grassland wetlands might respond to climate change. Model simulations determined that a warmer climate of only a few degrees Celsius increased the frequency and duration of droughts, and produced less favorable vegetation conditions in semi-permanent wetlands for most of the region. Climate scenarios using smaller temperature and rainfall changes resulted in geographic shifts in the locations of prairie grassland wetlands. During the model simulations, the scientists found that if rainfall increased with temperature, the location of the most productive wetlands would remain approximately the same. However, if precipitation remained stable or decreased, models predicted that most of the prairie grassland region would become too dry to maintain the wetland conditions.
These findings indicate that the duck factory is vulnerable to climate change, particularly under conditions of water stress.