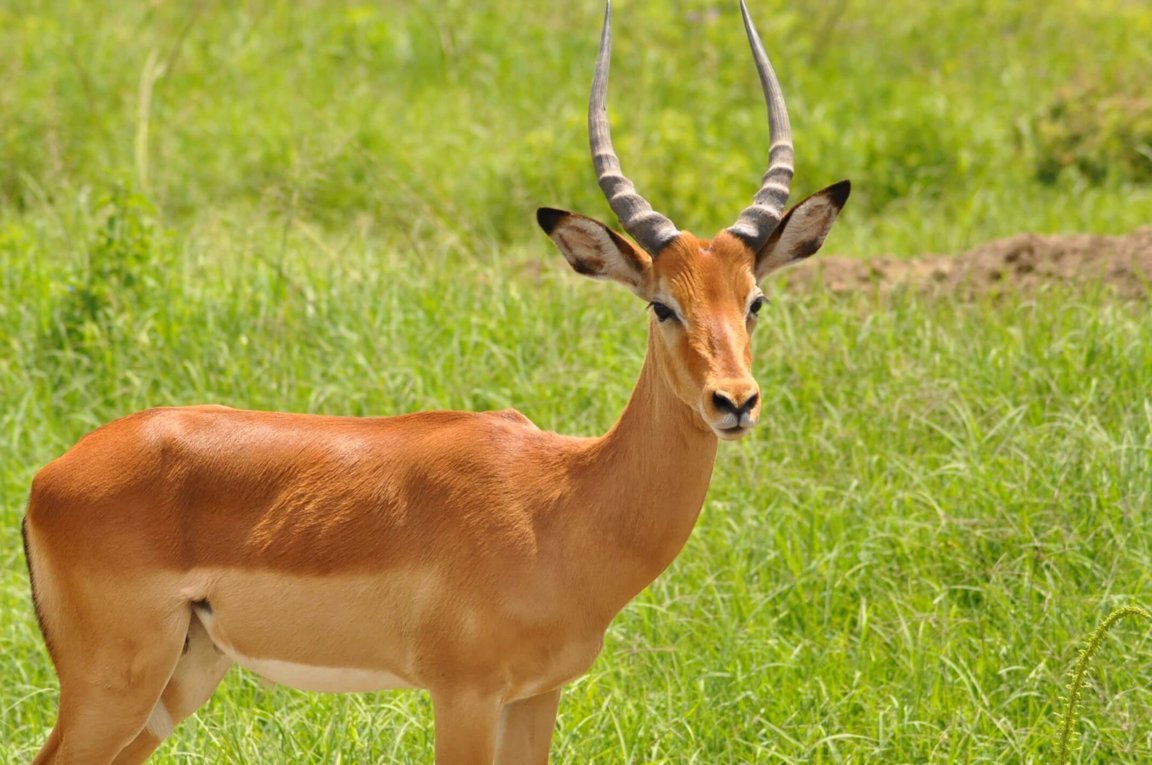 Antelopes are an increasing conservation concern, with one-third of the world's 87 species now listed as threatened. Loss of habitat, game hunting, poaching, and loss of grazing land to cattle farmers are some of the biggest threats to antelope populations. Adding to the threats to antelope populations is changes in climate.
For 82 percent of African antelope species, forecasts show a decline in suitable habitat by 2080 due to the effect of climate change. About one-quarter are likely to see their range size drop in half. None of Africa's antelopes are predicted to improve their threat status on the IUCN Red List as a result of changes in climate, and the threat status of ten species is predicted to worsen as a direct result of climate change. Antelopes preferring cooler and drier climates are likely to be the hardest hit.
Researchers say that climate change will cause a disproportionate decline in African antelopes with the smallest geographic ranges, placing the most-threatened taxa in "double jeopardy." Recent findings suggest that animals already living in the most-restricted areas will be hardest hit as the climate shifts in the coming decades.
Several antelope species are in need of urgent conservation action to avoid extinction. Scientists had suspected that animals with the smallest ranges to start with might be at the greatest risk as the climate changes. That's because small ranges imply that species thrive under a very narrow range of conditions. Even small changes in climate could push those species outside of their comfort zones.
Species that are found only in very restricted areas are usually more demanding in the combination of temperature and rainfall conditions they require, and therefore suitable areas are more likely to disappear when temperature and rainfall do not change together.
There is some good news: if we switch to more conservation-friendly land use, the threatened species with small ranges stand to benefit the most, having the greatest potential to expand their ranges. A major priority is to target the increasing fragmentation of wilderness areas, which prevents wildlife from tracking shifts in their environment.