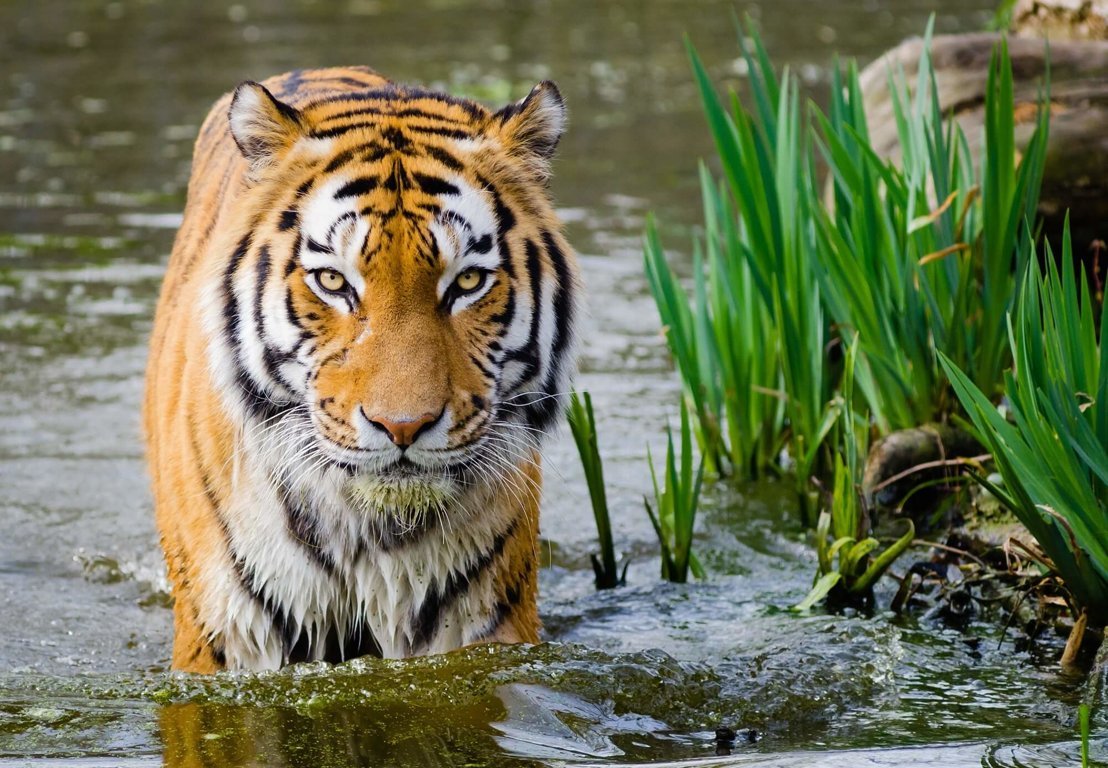 Life on Earth over the millennia has been defined by the evolution, survival and demise of multitudes of species. The churning of species is part of the life process and extinction is one inevitable component. But humans are now playing a large part in the extinction of many species.
Human activities are responsible for the significant changes in the world's environment. Human activities cause climate changes from industrial emissions and animal argiculture, destruction of wildlife habitat, reduced wildlife populations through hunting and poaching, and ecosystem disruption through pollution and litter.  All these activities are major contributors to a serious decline in wildlife numbers.
Endangered Species Versus Threatened Species
Species of animals facing a high probability of becoming extinct in the future are categorized by conservationists and scientists as threatened. This kind of species is one whose existence in its natural habitat is at risk. The threat to its habitat could arise out of reasons like human developmental activities, climate change and introduction of foreign species.
Endangered species are those that are so extremely rare, and their population so low, that they are dangerously prone to extinction in the near future. The dangers they face are very similar to those faced by threatened species, the only difference being that the degree of threat is even higher given their low numbers and uniqueness of habitat. The risks of extinction here are much more.
The terms endangered and threatened species are often used interchangabley. When described in a general context, an endangered species is one that is faced with the threat of extinction but not necessarily protected by law. In a regulatory context, endangered species could come under a protective ambit when listed by bodies like US Endangered Species List and International Union for the Conservation of Nature (IUCN). The IUCN has a detailed and complete list of endangered species that it calls the Red List. The Red list has been graded into  categories based on the degrees of risk to their survival ranging from safe to complete extinction.
Least Threatened: Species that face no immediate threat of extinction.
Near-threatened: Species in this category could possibly face threats in the foreseeable future.
Vulnerable: Species in this category could come under threat of extinction in the medium term.
Endangered: Species of animals facing a high probability of becoming extinct in the immediate future.
Critically Endangered: Species that are extremely rare and whose population are very few and on the decline and could become extinct anytime soon.
Extinct In The Wild: No populations of such species exist in the wild and they survive and thrive only in captivity.
Extinct: These species are no longer found anywhere on earth, either in the wild or in captivity.
The usage of different terms used by the IUCN is to highlight the level of risk faced by a particular species at a given point of time, which is, presently. Such grades enable conservationists and scientists to study the degree of threat a particular species may be under and direct their conservation efforts accordingly. One of the main objectives of the IUCN's list is to emphasize the plight of the critically endangered species and create the groundwork for saving such species from the threat of complete extinction. Simply put, the list's trend leading from Least Threatened to Extinction is an enabler for conservationists to prioritize their efforts accordingly.
Frequently Asked Questions
What is the US Endangered Species Act (ESA)?
Enacted into a law in 1973 during President Richard Nixon's tenure, the ESA is administered by the US Fish & Wildlife Service and NOAA Fisheries. Its objective is to protect endangered plant, animal and aquatic species through conservation of the habitats such species survive on.
How can I get a copy of the US Endangered Species Act?
A PDF version of the US Endangered Species Act can be obtained from the US Fish & Wildlife Service website.
How do rare animals make it to the Endangered Species List?
The authorities concerned adopt certain formal steps while ascertaining levels of threats to a certain species before declaring it to be endangered.
How do you find out which animals are on the Endangered Species List?
The Threatened and Endangered Species System (TESS) website maintains an up-to-date list and information of endangered wildlife species. This site is maintained by the US Fish & Wildlife Service and NOAA.
What endangered animals are in my state?
In addition to the Federal list, most states have their own lists of endangered species of animals. A knowledge of such species close to your home will help you make important lifestyle choices in their protection and conservation. A web search of your state's endangered species legislation can be helpful.
How can I contribute to conservation efforts of endangered species?
Rapidly reducing habitats pose a serious threat to the survival of the world's wildlife. Agencies and organizations may have chapters close to your home. Simple lifestyle changes such as reduced consumption, recycling, refraining from littering and polluting, and adopting a vegan diet go a long way in helping endangered wildlife.