Help Save The Earth 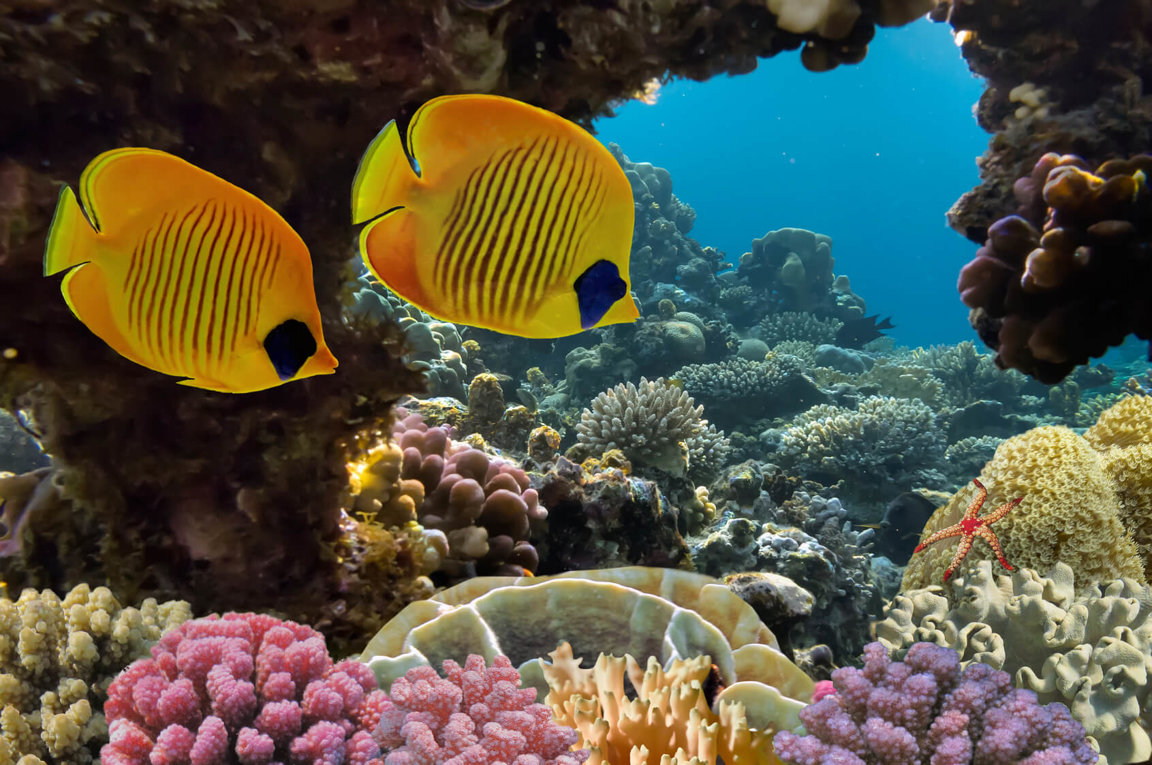 Our planet has a natural environment, known as ‘ecosystem’, which includes all humans, animals, plants, land and water. Human activities have caused much depletion and destruction of this ecosystem.

Environmentalism advocates the preservation, restoration and/or improvement of this natural environment by controlling pollution and protecting plant and animal diversity. Environmentalists attempt to balance relations between humans and the various natural systems on which they depend to achieve sustainability.
Earth advocates work to protect natural resources and ecosystems through education, activism and the political process. They seek to give the natural world a stronger voice in human affairs.
The environmental issues of today know no borders. We can't just put up fences around natural places to keep humans out. We must protect the entire planet for the survival of all species — plants, animals and people. Governments, businesses, communities and individuals must make better decisions to live in balance with nature. Through science, responsible planning, legislation and daily choices, we can ensure the survival of the ecosystem.

There are many ways you can help to save wild places and wild animals. Volunteer. Recycle. Install solar panels on your roof. Organize an event where you live. Change a habit. Help launch a community garden. Communicate your priorities to your elected representatives. The possibilities are endless! Do something nice for the earth, have fun, meet new people, and make a difference. 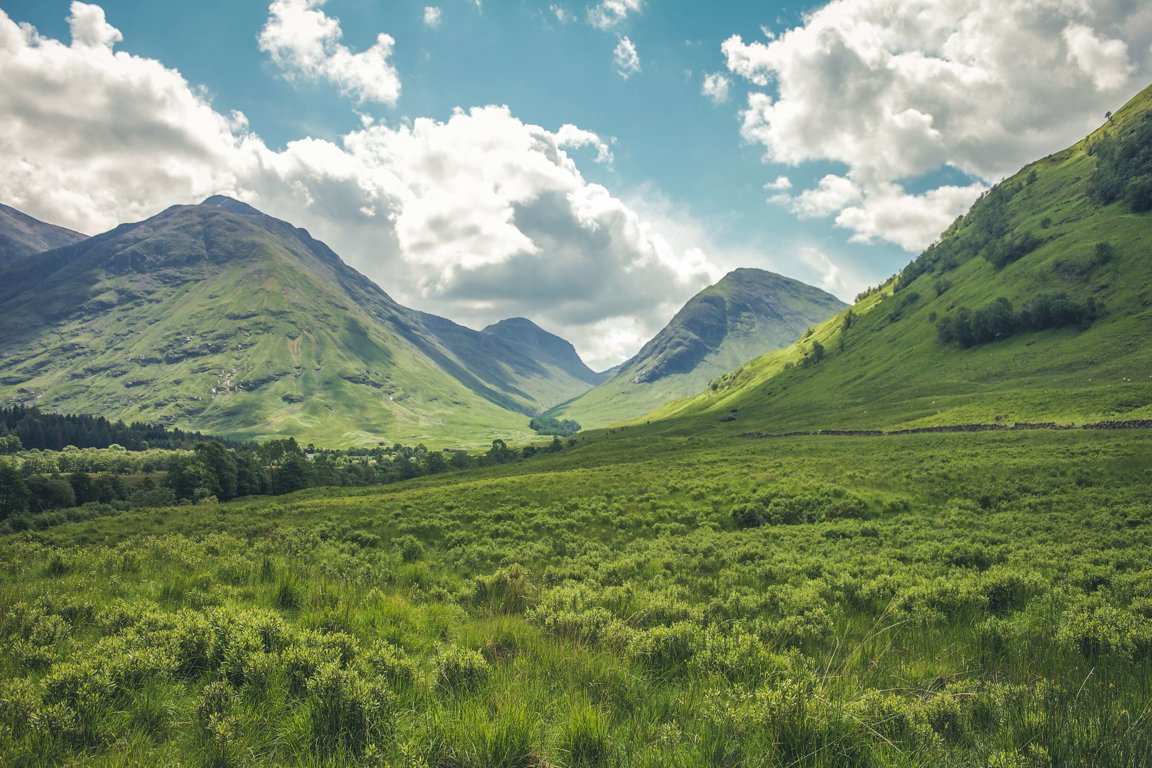 The world population is expected to reach 9 billion by 2050. As our population increases, there is even more pressure on forests, grasslands, deserts and other natural areas to provide food, housing and energy for humans. These demands increase the stress of already fragmented natural areas suffering from pollution, deforestation, disrupted migratory routes and changing environmental conditions.

Already, large numbers of people have been declared food-insecure; resulting in a land rush with nations hurrying to secure properties for agriculture and fuel crops. Forests are being cleared at alarming rates, an estimated 18 million acres each year. At the same time, poor agriculture practices lead to millions of acres of land lost annually through soil erosion and land degradation.

Trillions of tons of garbage is produced every year, while more and more goods are produced...resulting in the creation of more waste. Most garbage is buried underground in landfill sites, causing environmental and health concerns.

If we don’t make changes now, future generations will not experience the same plentiful, diverse planet that we know today.

Air pollution is a mixture of solid particles and gases in the air. Car emissions, chemicals from factories, dust, pollen and mold spores may be suspended as particles. Ozone, a gas, is a major part of air pollution in cities. When ozone forms air pollution, it's also called smog.

As the environment suffers, humans suffer from asthma, lung disease, heart ailments, cancer and shortened lives. Acid rain, often caused by pollutants in the atmosphere from automobile or industrial processes, falls from the sky in the form of rain, snow, fog or dry material. Devastating effects to forests, aquatic systems, buildings and human health can result. Air toxics then contaminate our food products, drinking water and soil. 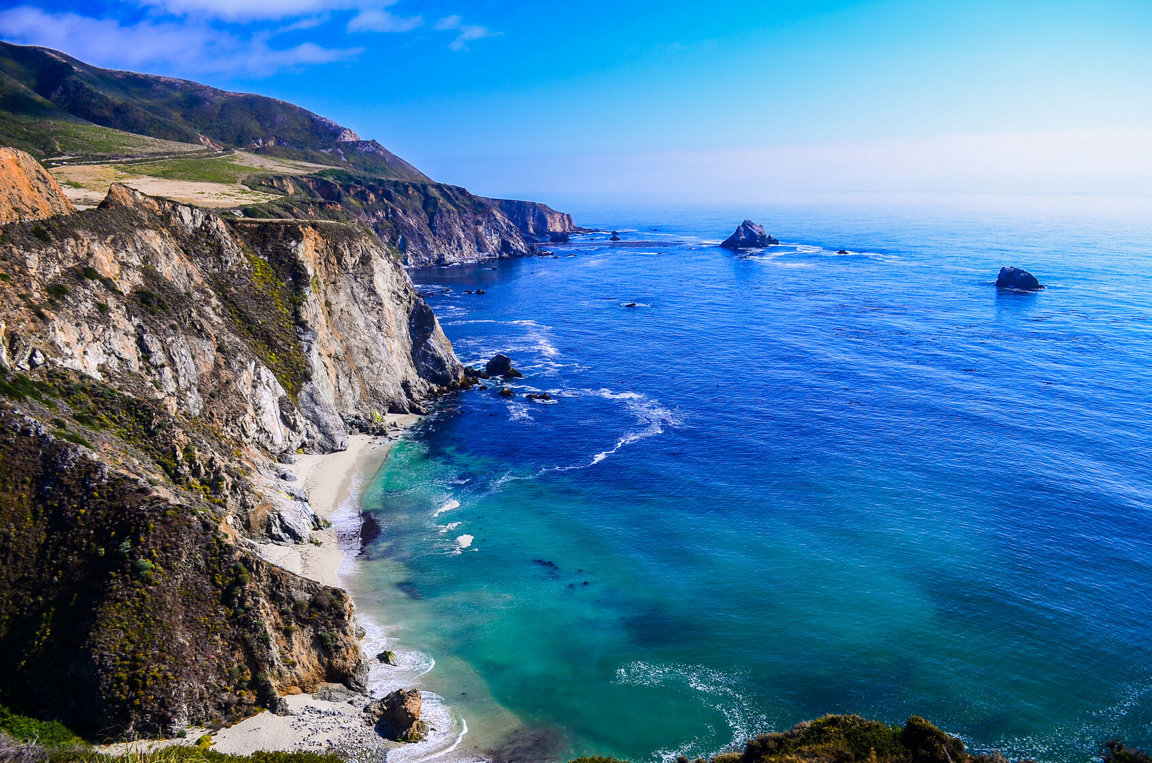 Pollution, habitat fragmentation and destruction, and overfishing are having devastating effects on our oceans, rivers and lakes. Acidification, caused by increased carbon emissions, degrade coral reefs and corrode the shells of sea creatures. Freshwater ecosystems provide us with drinking water, food, energy and recreation. These ecosystems are also critical to plants and animals. Increased demands for food, energy and material goods have placed unprecedented pressure on these fragile environments. Within the next 20 years, half of the world’s population may face water shortages.

Oceans are a critical part of the earths support system. Acid rain pollutes our seas. Oceans are degraded by spills and chemical runoffs. The largest living structures on earth, coral reefs, are among the greatest storehouses of biodiversity on the planet. Up to 70 percent of coral reefs are expected to be lost by 2050 due to human activities.

Water is under threat from fertilizers and chemical runoff, dumped chemical and industrial wastes, untreated sewage and medicinal residues. 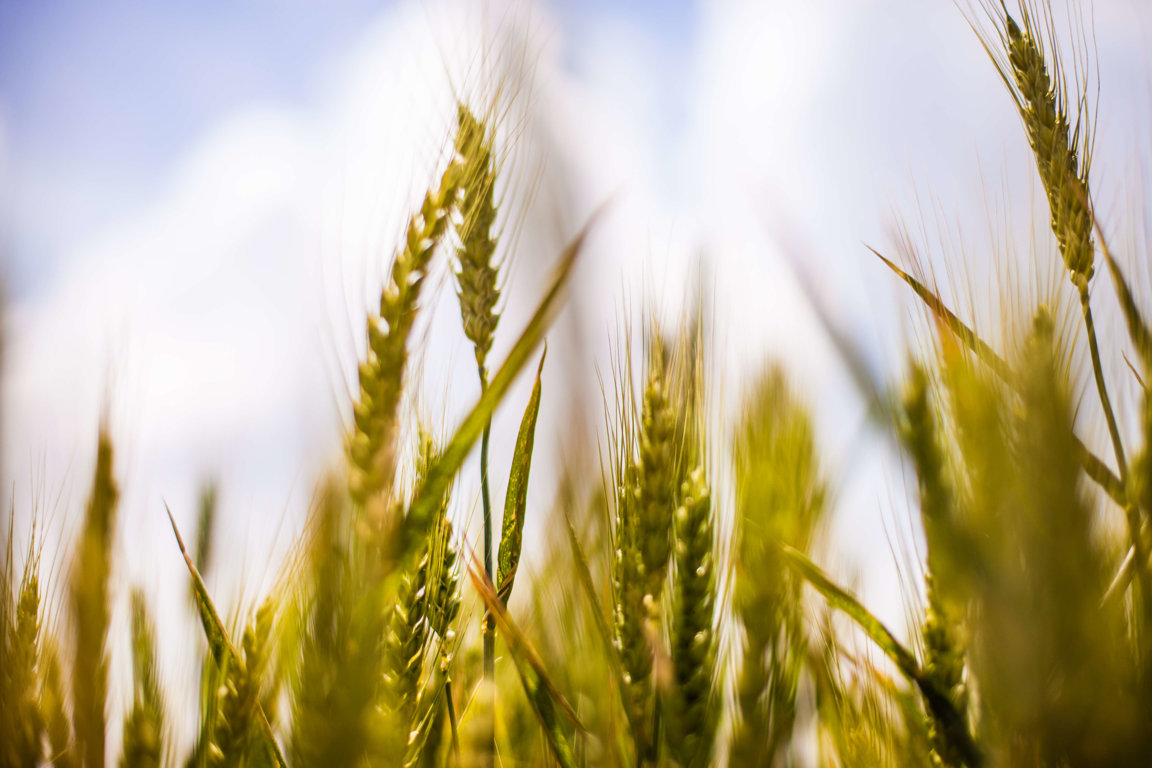 Genetic modification of plants and animals is a controversial subject, with many experts believing the ill impacts far outweigh the benefits to mankind. Manipulating plant DNA to produce super crops is a dangerous global experiment. When released into the environment, they cannot be recalled.

Genetically modified organisms (GMOs) can spread through nature and interbreed with natural organisms. They can contaminate natural environments in an unforeseeable and uncontrollable way. This is referred to as 'genetic pollution', a major threat to the environment.

Due to commercial interests, the public has been denied the facts about GMO ingredients in the food chain. The absence of labeling laws in many countries denies individuals the power to avoid them.

Biological diversity must be protected and respected. It is fundamental to our planet's survival. 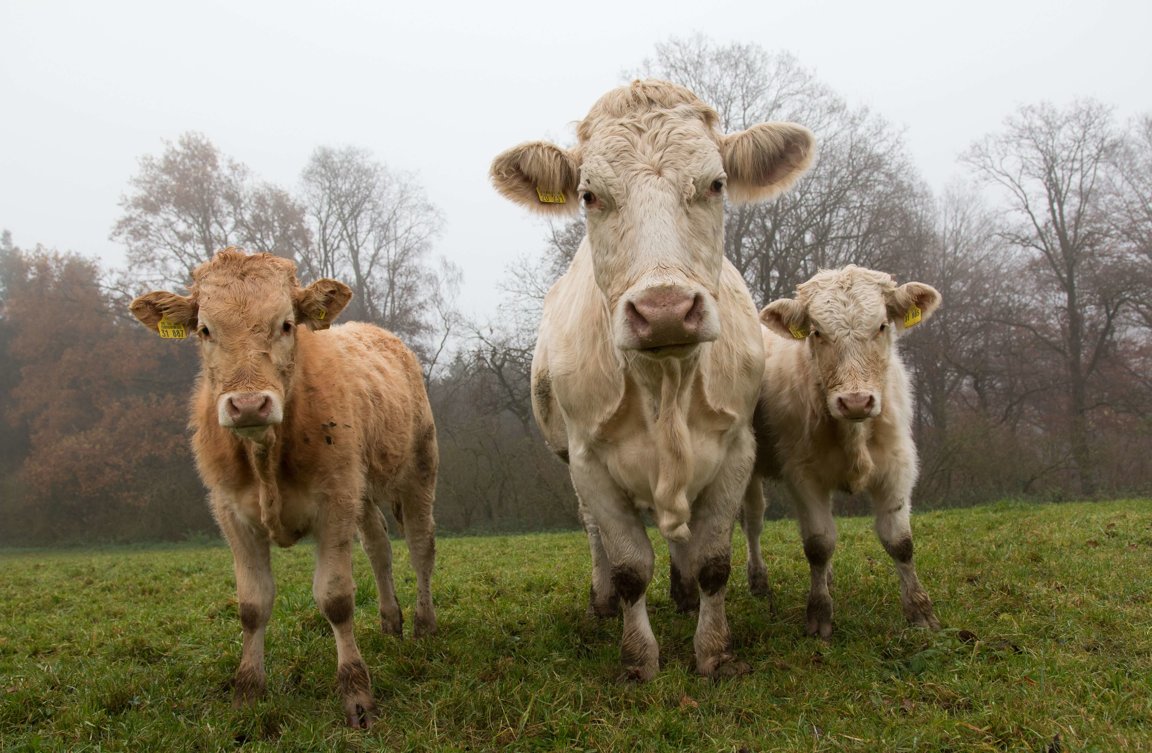 Animal agriculture is the leading cause of deforestation, water consumption and pollution. It is responsible for more greenhouse gases than the transportation industry. Factory farms are a primary driver of topsoil erosion, rainforest destruction, species extinction, habitat loss and ocean dead zones. Raising animals for food requires massive amounts of land, food, energy, and water and causes immense animal suffering. It takes 12 times as much land, 13 times more fuel and 15 times more water to make a pound of animal protein than to make a pound of plant protein.

Factory farming is responsible for 18% of CO2 greenhouse emissions and 64% of ammonia which produces acid rain.  Livestock animals produce toxic excrement from the high levels of antibiotics and hormones they are given. Cows and sheep account for 37% of the total methane generated. Methane is 25 to 100 times more damaging than CO2. Cows alone produce approximately 120lbs of manure per day, as many as 20 to 40 humans. And their manure produces about 150 billion gallons of methane per day.

The overpopulation of animals in theses factories creates unmanageable amounts of waste. It is collected in cesspools and is either sprayed on fields or left to sit. The toxic fumes from the pools are emitted into the air and harm the environment – causing health issues to the people living in those areas. Runoff water from factory farms and livestock grazing is the leading cause of dead zones in our oceans and eutrophication in our freshwater sources.

From air and water to land, the business of animal agriculture is destroying our environment. With over 30% of Earth’s landmass being used to raise animals for food – including both grazing and growing feed crops – topsoil erosion, deforestation, habitat loss and species extinction are of major consequence.

The rapid growth of livestock leads to deforestation, particularly in Latin America. 70% of the Amazon Rainforest has already been destroyed and is now occupied by pastures and feed crops. Tropical deforestation and forest clearing have adverse consequences that contribute to climate change, biodiversity loss, reduced timber supply, flooding and soil degradation.

Unlike sustainable farming systems that work harmoniously with the natural environment by rotating crops to help replace nutrients, unsustainable industrial farming uses one crop that is not rotated which leads to loss of soil fertility. Low soil fertility causes farms to continuously move from place to place which leads to deforestation and rapid growth in weeds. The use of herbicides to combat weeds and pesticides to eliminate insects both harms the soil fertility and ultimately contaminates our water sources through runoff. Land based factory farming has caused more than 500 nitrogen flooded dead zones around the world. 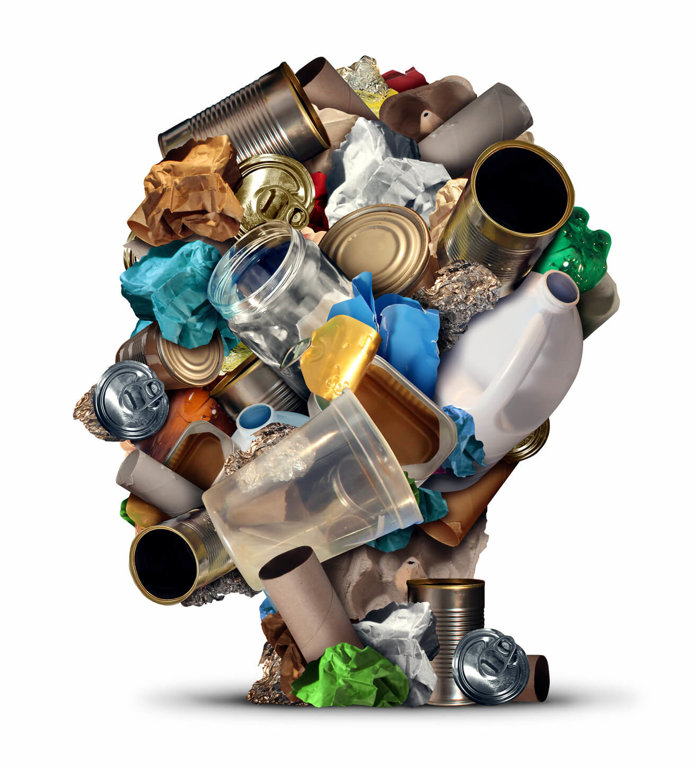 Living and consuming are interconnected activities. You can’t live without consuming. Water, food and air are consumed to support life. But we also consume much more than essentials, including goods and services such as electronics, furniture, appliances, cars, books, entertainment, and travel. There seems to be no end to the list of items and services we can’t live without.

Nowadays, we buy mainly to draw emotional satisfaction rather than meeting our actual needs. Advertising creates virtual problems and triggers negative feelings about them; then, it conveniently presents you with a solution. This cycle results in a deterioration of the quality of life, overworking, and overconsuming, which also damages the environment significantly.

Corporations manipulate consumers. They promise us privileges, connection, and happiness, which makes us keep buying more and more. The message’s effectiveness is so high that, despite being left in debt, overstressed, and buried under tons of possessions, we continue wanting more. But, worse of all, our overconsumption is based on our society’s reliance on it. The modern Western economy relies on us consuming more, so it focuses on fueling our wants and desires, and encourages us to upgrade more, buy more, waste more and pollute more.

This unrelenting consumption does not come free of charge. The natural world provides everything we consume, through mining, extraction, farming, and forestry – and there is a limit on the planet’s resources. As we keep consuming more and more, pursuing an elusive “comfortable” life, the planet is overstressed by this over-exploitation of soil, water, minerals, forests, fish, etc. As a result, species, habitats, and even entire ecosystems are collapsing. What’s more, with increased consumption comes more waste and pollution, compromising the quality of life’s very basic elements: air, water and land.